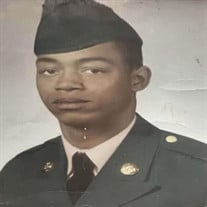 Mr. Howard Allen McDowell was born April 4, 1951, the second eldest of six children born to the union of Norris and Mandy McDowell in Chicago, Illinois. His parents, one son, Karl “Key Key”; one sister, Glenetta; and two brothers, Ricky and Rodney McDowell, preceded him in death. Howard grew up on the south side of Chicago and attended Neal F. Simeon High School. In 1968, he enlisted in the United States Air Force. He loved jumping out of airplanes. After returning home from the Air Force, he worked as a shoe salesman for many years. Howard married the love of his life, the late Delphine McClinton. He relocated to Waterloo, Iowa, with his family. In 1989, he relocated to Little Rock, Mississippi. Howard was full of laughter, cheerful, and a helpful person. He always gave a hand with fixing things. He was very good with maintenance work, and we cannot forget how he loved women. When Howard’s health began to fail, he relocated to Memphis, Tennessee, where he transitioned on May 30, 2021. He leaves to cherish his memory, five children, Howard, Jr., Cameila “Millie”, Tabeitha, Allen, and Micheal; thirteen grandchildren, five great-grandchildren, two siblings, Ann Camphell of Memphis, Tennessee, and Bruce (Carolyn) McDowell of Aubrey, Texas; one brother-in-law, Thurman Sorrell; and a host of other relatives and friends.

The family of Howard Allen McDowell created this Life Tributes page to make it easy to share your memories.

Send flowers to the McDowell family.