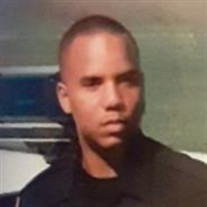 Kcbena Kwesi Cash was born on February 4, 1975, in Memphis, Tennessee, to Pearlie Harris-Cash and Edward E. Cash. Kcbena was raised in church, accepted Christ as a young boy, and was baptized. He is a 1993 graduate of Whitehaven High School. In 1997, he achieved his bachelor’s degree in Criminal Justice at Dillard University, located in New Orleans, Louisiana. Shortly after Kcbena graduated from college, in September of 1997, he became a second-generation police officer by joining the Memphis Police Department (MPD), where he served for eighteen years. Kcbena loved his job, and it showed through his unparalleled dedication and commitment to the citizens of Memphis. There are numerous stories of him encouraging underserved youth to fulfill their potential or giving someone encouragement to find a way forward when they felt there were none by serving on MPD’s Crisis Intervention Team Unit (CIT). His contribution in this unit was felt city-wide, which led to MPD’s leadership awarding Kcbena the CIT Memphis Police Officer of the Year Award in 2006. Kcbena later left the police force and served as a Safety Patrol Officer, again for the City of Memphis in 2017. With his continued commitment to service and protection, Kcbena informed and interpreted to thousands of visitors and tourists about the rich history and entertainment of downtown Memphis. Kcbena was a member of Phi Beta Sigma Fraternity, Inc. and was raised in M.W. Prince Hall Grand Lodge of Louisiana Free and Accepted Masons, Berry Lodge II. On October 7, 2021, his life’s journey came to an end. He entered into eternal rest, knowing that he was loved and cherished by his family and countless friends. He knows that because he was consistently reminded of it everyday until his last day with us. Left to cherish his memories are: his stepmother, Marcia Cash; his brothers and sister, Cassius Cash, Kwame Cash, Marcus Cash, Jermaine Cash, and Tina Catron; his sisters-in-law, Vonda Cash and Ashley Cash; his children, Jonathan Cash, Bria Cash, and Trent Cash; and a host of other relatives and friends. Kcbena had an unflinching commitment to his way of life: to have fun, be loyal, give love, stay committed, and act courageous for those he loved. And though he is no longer with us, that same spirit of life will continue to beam through us who had the distinguished honor to call him son, brother, cousin, uncle and friend…you will be sorely missed Kcbena Cash.

Kcbena Kwesi Cash was born on February 4, 1975, in Memphis, Tennessee, to Pearlie Harris-Cash and Edward E. Cash. Kcbena was raised in church, accepted Christ as a young boy, and was baptized. He is a 1993 graduate of Whitehaven High School.... View Obituary & Service Information

The family of Kcbena Cash created this Life Tributes page to make it easy to share your memories.

Send flowers to the Cash family.