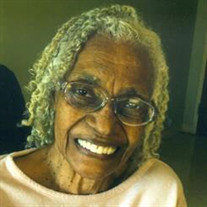 Mary Ernestine Hollimon, a lifelong Memphian, was born July 17, 1935. She was the only child of the late Mr. and Mrs. Ernest J. and Angie Lee Reed. As a dedicated member of the Catholic faith, she exercised her Christian belief and served faithfully her entire life at St. Augustine Catholic Church. As a member of the Martyrs of Uganda Circle and other ministries, she enjoyed fellowshipping and working with church leaders and Christian friends, serving the community and promoting faith in Jesus Christ. Her true calling was as an educator. From a class paper written by her as a junior in high school entitled, “What I Want From Education”, she cites, “Being a negro, what I want from education is to help raise the standard of my race to a higher basis by applying what I learn in high school and college…” This objective and determination distinguished her from a teacher to an educator, and she achieved it throughout her entire career. She believed in learning. Growing up in Memphis, she met and married Willie Thomas Hollimon. United in holy matrimony, the Lord blessed this union with four sons, Darrell, Philip, Frederick and Ernest. She loved her husband, revered and loved her boys, encouraged and supported them in all of their endeavors, always a guiding force and an ever-reminding voice of the truth and power of God’s Word. All were presented with personally inscribed bibles that would ensure truth in life. Her educational career began as a graduate of St. Augustine High School in 1953. She enrolled at LeMoyne College and received a Bachelor of Arts degree in 1962. She began student teaching in West Memphis, Arkansas, and her tenure with Memphis City Schools began in 1963 at Hamilton High School. During this time, she enrolled at Memphis State University and earned a Master of Education degree in 1968. She “applied what she learned in high school and college” for thirty-two years; twenty-six years at Southside High School, serving as instructor of World & American History, Guidance Counselor, and Assistant Principal. Retiring from the Memphis School System in 1996, no dust settled…she returned to her Alma Mater, now LeMoyne-Owen College, in 1997 and served as Faculty and Director of State Licensure for Teachers for nineteen years. She taught and worked full-time until she turned eighty years of age. She truly helped raise the standard of her race, graduating thousands of students and processing the licensure of many teachers, all of whom she encouraged to be true educators. She departed this life on September 28, 2021, at eighty-six years of age. To cherish her memory, she leaves her four sons, Darrell (Earnestine), Philip (Sharon), Frederick (Jacqueline), and Ernest (Jocelyn); grandsons, Darius (Jessica), Ernest Jr., Jermaine, Devin, and Jalen; granddaughters, Latoliya (Troy), Francina (Ben), Nicole, and Louvenia; eight great-grandchildren, one great-great-grandson, a host of family members, co-workers, neighbors, and all of her Christian brothers and sisters in Christ.

Mary Ernestine Hollimon, a lifelong Memphian, was born July 17, 1935. She was the only child of the late Mr. and Mrs. Ernest J. and Angie Lee Reed. As a dedicated member of the Catholic faith, she exercised her Christian belief and served... View Obituary & Service Information

The family of Mrs. Mary Earnestine Hollimon created this Life Tributes page to make it easy to share your memories.

Send flowers to the Hollimon family.