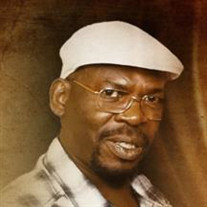 Verdell Brown, Jr. (69) of Memphis passed away on March 4, 2022, in Memphis, Tennessee. Verdell was born on September 16, 1952, in Kilmichael, Mississippi, to proud parents, the late Flora S. Brown and the late Verdell Brown, Sr. He was preceded in death by his grandparents, Magnolia Brown Gregory, Anderson Gregory, and Rose Stewart; three brothers, Willie Brown, Nathaniel Brown, and Freeman Brown; two aunts, Ida Mae Louis and Lola Mae McGee; five uncles, John Clark Gregory, Joe Gregory, Clifton Gregory, Nathaniel Stewart, and Percy Stewart. He accepted Christ at an early age and knew the Bible very well. He lived with the love of God in his heart and showed it in all that he did. He graduated from Booker T. Washington High School and immediately joined the United States Marine Corps. He served faithfully as a Tractor Trailer Operator and traveled the world using his skills and expertise. After being honorably discharged, he attended and graduated from Shelby State Community College as an accountant. He knew the value of helping others as he tutored at Memphis State University. His life will be remembered with seven Cs. He was confident as he took great pride in landscaping, making flower beds, and keeping everyone’s yard looking good. He was courageous and outspoken. He meant every word he said and STOOD on it! You could not make him change his mind. NO was NO. He was conscientious in how he dressed and how he looked. He made sure his clothes were dry cleaned and kept a serious crease in his pants. He knew he was looking good when he put that Kangol hat on. He was calm and loved peace and quiet. You could find him watching old movies, Perry Mason and NCIS, and listening to some blues. He was clever. He would often say, “I may not be the smartest man in the world, but I am the smartest man you know.” He was caring and compassionate, and loved children, and children loved him. He was the family babysitter. He was united in holy matrimony to Willie S. Luster and was her everything. He spoiled her and took great care of her and the house. Verdell Brown Jr. leaves to cherish his memories: his loving and devoted wife, Willie S. Brown; his daughters, Danielle Brown (Demetrius) and Adrian Robertson (Chris); one son, Timothy Luster (Devin); eight grandchildren, Terrion Smith, Robert Luster, Polo Key, Amelia French, Amir Johnson, Jamir Johnson, Christianna Robertson, and Adrianna Robertson; two brothers, James Brown and Carl Brown; two sisters, Cassandra Brown and Tina Hatcher; six aunts, Vince Ruth Brown, Ola Mae Manuel, Lizzie Dodson of Gary IN, Melia (Phil) Coleman of Matteson, IL, Alice Faye Gregory of Chicago, IL, and Dorothy Woods of Kilmichael, MS; and a host of nieces, nephews, cousins, and friends.

Verdell Brown, Jr. (69) of Memphis passed away on March 4, 2022, in Memphis, Tennessee. Verdell was born on September 16, 1952, in Kilmichael, Mississippi, to proud parents, the late Flora S. Brown and the late Verdell Brown, Sr. He was preceded... View Obituary & Service Information

The family of Verdell Brown Jr. created this Life Tributes page to make it easy to share your memories.